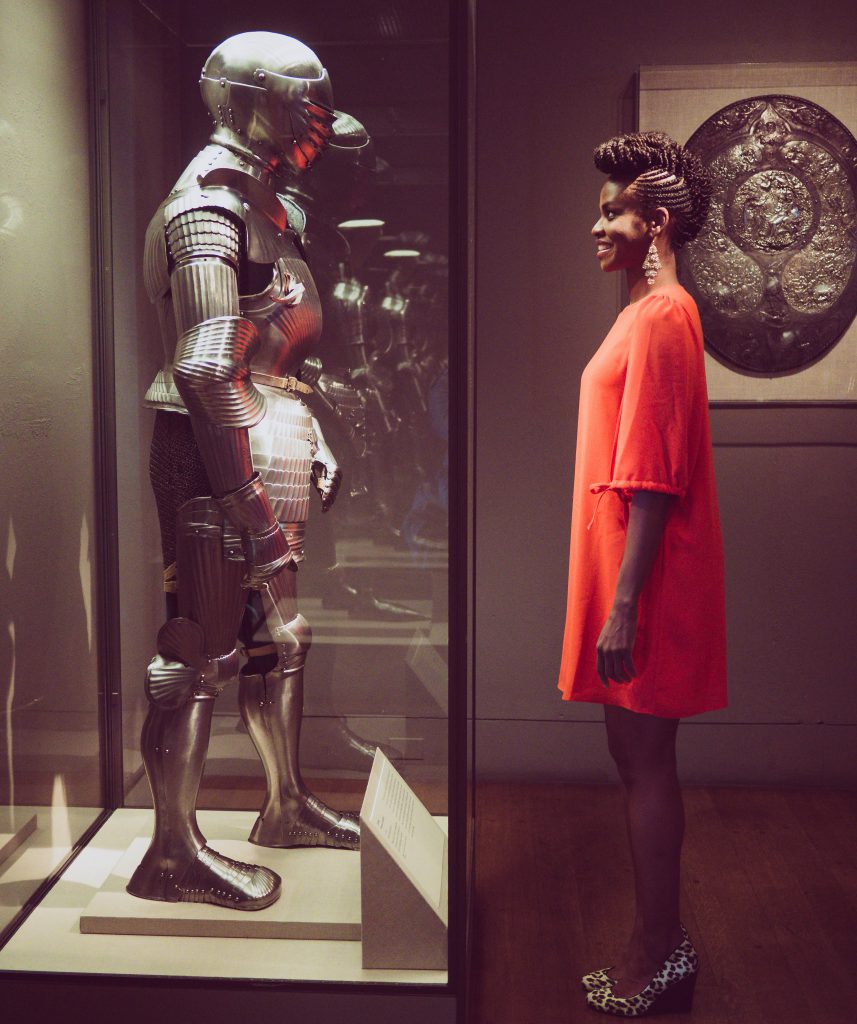 There’s this restaurant that I go to often. Actually, I’m a bit ashamed to admit just how often I get food from there.

But I can’t help it. That restaurant gets me. I feel like I belong there. Especially because I can eat everything on the menu, which these days is a rarity.

I follow a gluten-free diet for health reasons, rather than for vanity. And in a city like Buenos Aires filled with bakeries, empanadas, and pizza, it can be tough to find restaurants where I can find food that I want to eat. It’s a shame because I dislike it because I hate being the person that needs to be accommodated on social outings.

But when I do find restaurants that do have an abundance of items on the menu that I can eat, and that are good (read: they don’t taste gluten-free), and that my crew doesn’t mind eating at either, I reward them with my loyalty. Over, and over, and over again.

Loyalty comes as a result of making your customers feel like they belong.

Especially those customers who are part of a minority group that businesses often ignore. That goes for people with dietary restrictions, people of color, women, and many more.

But here’s the thing: serving diverse customers isn’t just the right thing to do from a moral standpoint. It also makes great business sense.

The powerful business case for marketing to diverse customer groups

The U.S. Census Bureau recently released data showing that 49 percent of kids under age 15 are minorities. Known as post-millennials or Gen Z, they are now “the most diverse” generation.

Data from Pew Research says that millennials are now the largest generation in the workforce. And within 15 years, people of color will make up the majority of the American working class.

The demographic and psychographic makeup of your customers is changing, even if most of your customers aren’t in the U.S. Add this ever-increasing shift to your ability to attract diverse customers from all over the world, and it is clear you need to be equipped to speak to these audiences in an authentic way to have any hopes of being relevant to them.

While many companies know they need to adjust away from traditional marketing methods to reach these new customers, many don’t know how to do it in a way that connects. Consequently, they struggle to get the results they want. No bueno.

But the companies that have figured out how to engage and serve these often neglected customer groups have been receiving big paydays as a result. Here are a few articles that give more details about why serving these customers is good for business 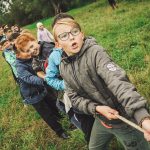 Millennials, Gen Z, and minorities will soon be the majority. Follow these proven strategies to stay relevant

There is a shift on the horizon. What was the norm yesterday, will no longer be tomorrow. There is a new majority. And they are made up of a cross-section of increasingly powerful and vocal customer groups. And as people, we have more commonalities than differences, when it comes to marketing and growing your business, leaning into the differences that your customers possess will be the only way to stay relevant.  Photo by Anna Samoylova. 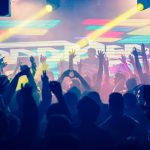 Conventional wisdom used to be that if you marketed to the masses, you would get a spillover effect of people who were in minority groups. Because of that thinking, many products that were culturally specific did not get sufficient promotional support, or worse, they never made it to market. But the astronomical success of Black Panther demonstrates that leading with products that speak to diverse audiences, is much more profitable than previously imagined. Thus it is time to throw the aforementioned prevailing conventional wisdom out the window. Photo by Matty Adame. 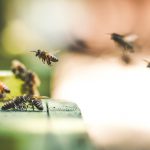 Research shows that companies that have diverse teams outperform their peers. And recent results from companies that have placed diversity center stage in their product offerings demonstrate that doing the same can help you get greater than average returns, in addition to loyalty and a slew of new customers. Not a bad deal right? Photo by Eric Ward.

How these companies won big by serving the underserved

Now, these increasingly powerful customer groups see that it is possible to be served well by companies who want them as customers. As a result, they are becoming more vocal, in demanding other businesses vying for their resources, stop treating them like an afterthought.

Women, people of color, and other minority groups are using both their voices and their wallets to make powerful statements. The businesses who listen and adjust how they operate accordingly will earn the loyalty of this growing base of customers as a result. Here are a few articles that show how others have won big by doing so. 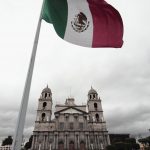 After an initial major fail, Pixar realized that marketing to diverse customers requires nuance, commitment, and other important measures get it right. The company decided they wanted to get it right, and leaned into some best practices that enabled them to tell a beautiful story, win major awards, and delight customers around the world. Photo by Obed Hernández. 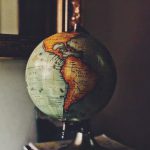 You don’t have to be a big company with a ton of resources to serve diverse customer groups. There will be times when specific products and services are needed to meet the needs of multi-cultural consumers. But there are other instances where mastering a simple skill will equip you with everything you need to make your customers feel like they belong with you. Photo by Sara Riaño.

Lots of companies have diversity and inclusion programs internally. And most would think that their products don’t exclude any particular customer. But there are differences that many customers in minority groups have that are often neglected by companies that don’t take the time to understand and or invest in addressing their unique needs. No bueno. As a result, these customers get excluded. That’s why they respond in major ways when a company acknowledges that they do indeed “see them” and create products and services to demonstrate that truth. Photo by Joanna Kosinska.

There are many benefits to serving diverse customer groups well. But earning the attention, adoration, and loyalty of these diverse customers will require significantly more than a superficial effort. Unfortunately, there have been way too many companies that have learned this the hard way.

The good news is you can learn from the missteps of others, so you don’t repeat them in your business. Here are a few articles calling out some of the most important lessons, and tactics to avoid. 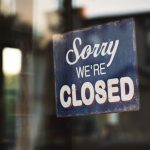 Heineken just pulled its culturally insensitive ad. Its apology explains how it got approved in the first place 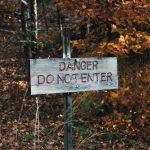 H&M is the latest company to apologize for a culturally insensitive ad. Here are 3 lessons learned to prevent their mistake

You are limited by your frame of reference. That’s why it is helpful to have processes, policies, and people in place that can show you your blind spots, equip you with a plan to get better and help prevent you from falling in a ditch as you grow. H&M fell in a ditch. They didn’t have to. These lessons learned will make sure you don’t. Photo by Raúl Nájera. 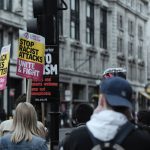 Recent incidents at Starbucks, Yale, and Nordstrom Rack prove that every company needs to talk about bias

Businesses are made up of people. People are brilliant. And people are flawed. We all are. But knowing certain flaws will be detrimental to your ability to serve your customers and doing nothing about it is reckless. Lots of big name brands have found themselves in the middle of a PR nightmare because letting bias go unchecked. You can make sure bias doesn’t throttle your company by having this important conversation. Photo by Henry Be. 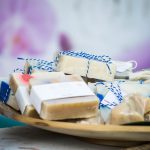 Why the controversial Dove ad missed the mark. 3 Important lessons for marketers

The internet has a long memory. A really long one. So even if your customers don’t remember mistakes of the past, the internet will do its duty to remind them. The good news about the internet’s memory? Is that it can work in your favor if you choose to use it and other sources to avoid easily preventable mistakes with just a little bit of research and customer insight. Photo by Kristina Balić. 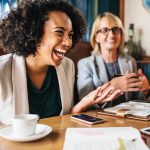 Diversity is a beautiful thing. And it deserves to be celebrated. But danger comes when differences, challenges, and experiences that have complicated issues associated with them, are dismissed or overly simplified. Even though your intentions may be good, tackling a big challenge without the proper care can do you more harm than good. Photo by rawpixel.

Want more help on this topic? Drop me a note at sonia at soniaethompson.com and we can start the conversation.